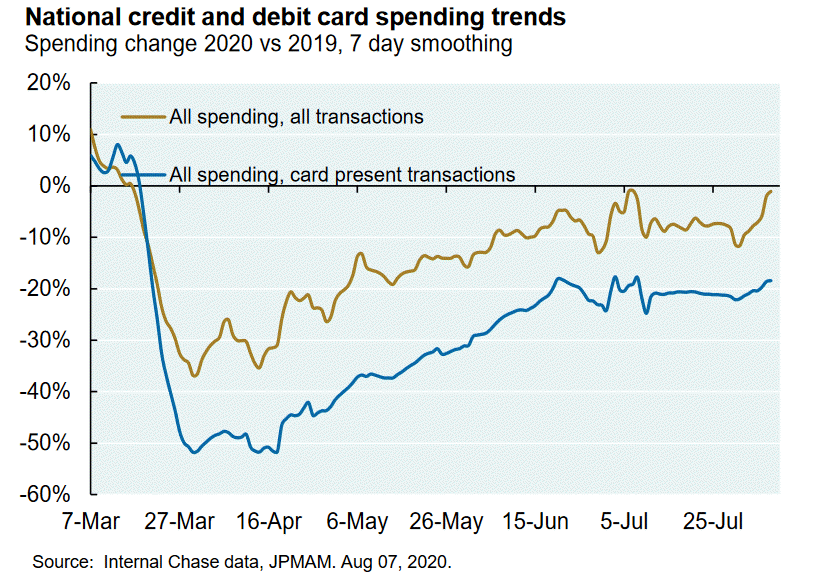 That’s not what you would expect

US supplemental unemployment benefits were cut off at the start of the month but in a counter-intuitive move, spending rose. JPMorgan card-spending data showed a significant rise in the latest period up to Aug 7 in figures released today.

The main boost to spending appears to be in recurring non-discretionary spending like utilities, child card, telecom and insurance but there’s also an uptick in discretionary. 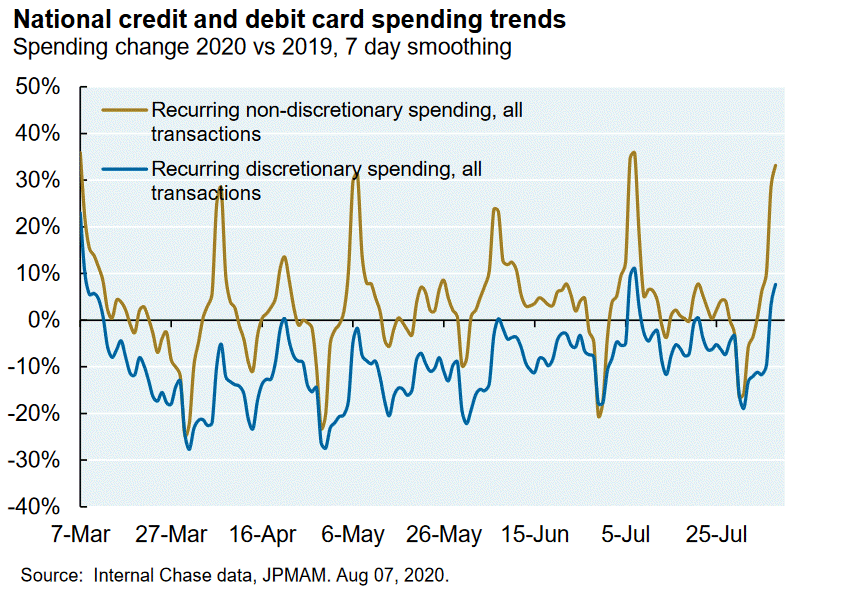 Digging through the report, it’s tough to see where the spending is coming from because  there’s also a notable downtick in retail, restaurants and recreation spending.

FOREX STRATEGY – How To Trade Forex – Forex Tutorial
The pound continues to struggle to get off the floor
Forexlive European FX News 16 Sep – Risk broadly on, but FOMC looms
EURUSD tries to keep a bullish tilt into the new trading week
S&P 500 fills the gap and then gives it all back