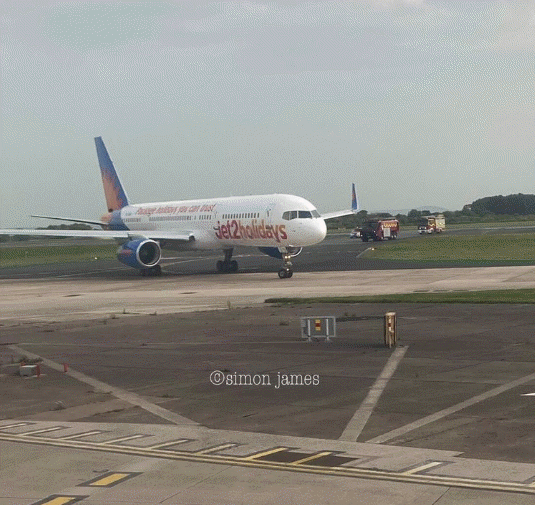 Update: Looks like a bird strike on a test flight. The plane has returned safely

There were early reports of flames coming from a Boeing 757 and a loud bang after a 757 took off from Manchester, England; however the plane has returned safely.

The Boeing 757 has been in service since 1982 and has an excellent safety record. Production ended in 2004.

The plane can seat 200 passengers but the Manchester Evening Standard now reports that the plane was on a test-flight and is back on the ground. There are reports of a bird strike in an engine, which wouldn’t reflect badly on Boeing.