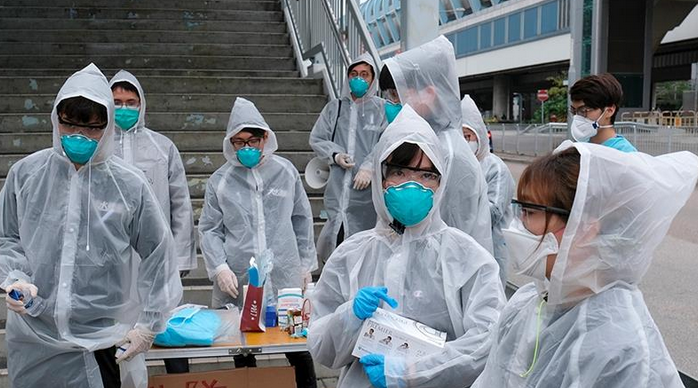 Many workers are off work right now but many are also worried about being forced to work in conditions they don’t think are safe.

As the virus travels and stories of people dying circulate, more people are unwilling to risk their health or their families health on the job. Others are upset because they don’t have safety equipment.

Vice reports that 175,000 gig workers at grocery-shopping service Instacart are planning a nationwide strike on Monday.

“Workers say they will refuse to accept orders until Instacart provides hazard pay of an additional $5 an order, free safety gear (hand sanitizer, disinfectant wipes, and soap) to workers, and expands its paid sick leave to include workers with pre-existing conditions who have been advised by their doctors not to work at this time. Workers say the strike will last until Instacart agrees to these terms.”

The same report talks about other strikes at Amazon wearhouses, sanitation workers in Pittsburgh and poultry plant workers in Georgia. In Boston, there is talk of unionization after the Boston Bruins laid off workers without pay.

A tail risk in this entire saga is that it promotes unionization more broadly or at least stops the trend of de-unionization.

Here’s a construction worker in Toronto on a rant to fellow employees that’s gone viral.

Proletariats of the world unite: Toronto construction worker denounces deplorable conditions at construction sites which jeopardize the health of workers and their families, for the sake of profit.

I’ve said from the start: The market won’t bottom until nurses walk off the job.

WTI crude oil futures settle at $34.35
USD/JPY extends consolidation phase to start the week
INSEE says that French GDP may fall around 20% in Q2
China will not back down from “US quickening technology war mongering” – warn of “ample countermeasures”
Huawei CFO loses first bid to get extradition request thrown out